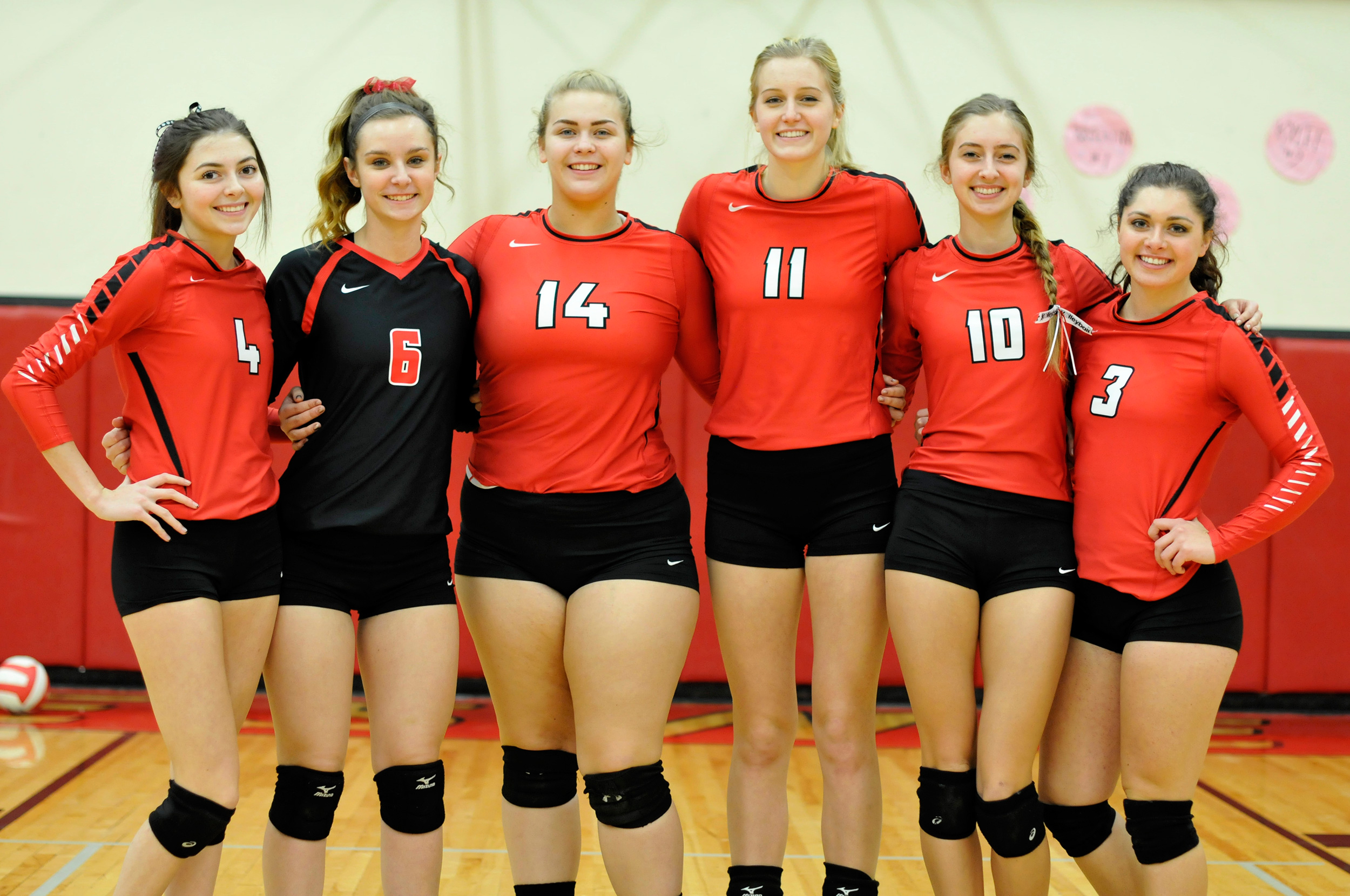 Creswell honored six seniors: Hannah Wheeler, Alyssa DuFault, Carly Ayer, Lauren Heater, Josie Worsham and Dallis Cook before the start of the Pleasant Hill game. The families of each senior joined them on the court, congratulating them with flowers, balloons and other gifts as letters of appreciation and favorite volleyball memories from each senior were read aloud.