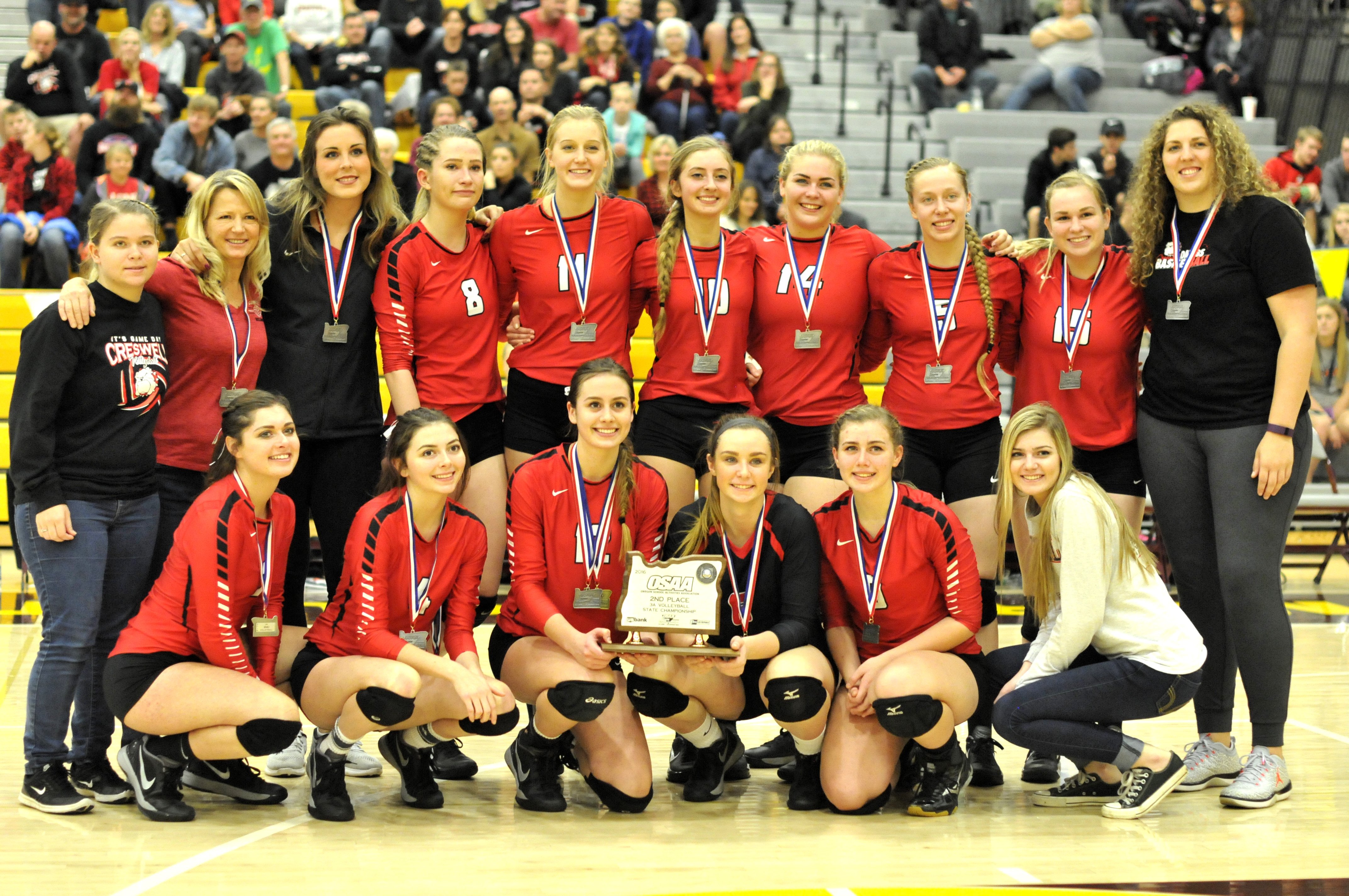 “I’m just so proud of the girls; I wasn’t sure we’d even make it to State this year, and there we were in the championship match again,” said Creswell Head Coach Anna Baltrusch. “I told them to just to go out and play as hard as they could and do the best that they could, and that’s what they did.”

Creswell had fallen hard to Cascade twice this season before beating them at the Creswell Tournament, and all three championship games were close.